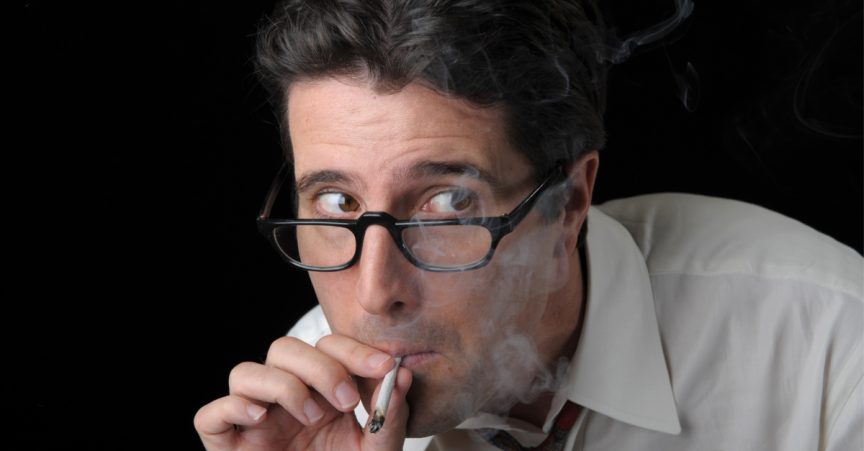 I recently hired a young man named Bud, and he worked hard to deserve the name.

On day one, Bud was friendly, enthusiastic, and integrated easily with the rest of the staff.  He impressed me with his aptitude, and I was excited about his potential. However, soon I started noticing Bud was unusually low key in the mornings and it would take a few hours before his “energetic self” eventually surfaced.  Thinking maybe he wasn’t getting enough sleep, I asked him if everything was okay.  His response: “I’m always low key in the morning before I’ve had my coffee.”

It was midweek when he started arriving late for work. Thinking he was just a Gen Z who needed a “reality check,” I explained to him the importance of being on time and ready to work.  One day, he was banging out the calls, literally on fire until lunch time.  He returned from break, a faded version of his high-energy self, a bit disoriented and exhibiting foggy brain during a team meeting.  I suspected he was hitting the recreationals during his break.  It was confirmed when his co-workers complained of that “loud smell”, distinct to marijuana…or there was a skunk in the office.

Steaming over time and money wasted on this hire and dumbfounded that an employee would actually blaze during business hours, I waited until the end of the day before calling him into my office.

When ‘high’ doesn’t refer to productivity or revenues

I’ll come back to Bud later, but what does this scenario mean for employer and employee, now that 12 states have fully legalized cannabis products and others have approved it for medical use?

Can an employee like Bud be disciplined or fired? How will legalized marijuana affect background checks? What if Bud were using cannabis for medical reasons, like chronic pain, glaucoma, stress, or HIV? If Bud were high, tripped, and hurt himself at work, would he still get workers comp?

The complexity surrounding the response to these questions grows with every state that fully or partially legalizes cannabis for recreational or medical reasons, leaving employers and employees confused.  It is now up to the courts to try to decipher where things stand.

In 2017, there were two notable cases impacting employers in medical marijuana states. In Barbuto vs. Advantage Sales and Marketing, LLC,  Massachusetts’s Supreme Judicial Court found that employers may have to make “reasonable” accommodations under disability discrimination laws for medical marijuana users after a new employee using cannabis for Crohn’s disease was fired when her pre-employment drug test returned positive.

In Connecticut, cannabis is legal for “qualifying patients.” The National Review reported on how the courts addressed discrepancies between state legislative actions (the Palliative Use of Marijuana Act – PUMA) and the federal laws that largely deny protections to medical marijuana users. In Noffsinger v. SSC Niantic Operating Company, LLC, the court granted a prospective employee the right to pursue legal remedy after her employment offer was rescinded upon failing her pre-employment drug test.  Bottom line? Some employers might be on slippery ground with black and white drug policies.

Ashley Totorica, an employment law expert, summarized the takeaway:  “As more states legalize marijuana, it is more important than ever for employers to see through the smoke and to stay up to date on the developing legal landscape” (National Review, Sept. 1, 2017).

What should employers and employees do?

First, business owners should have a clearly-written workplace drug policy aligned with state and federal laws (always check with an employment lawyer).  Post drug policies on the jobs portal to help new prospects understand compliance, exceptions such as accommodations mandated under state law, and whether you are in a regulated industry like military contracting or transportation.

HR should evaluate if the workplace falls under TheDrug FreeWorkplace Act (the Act).  If so, the Federal Acquisition Regulation (FAR) will determine some of the terms of your drug policy.

There are ADA exceptions for “qualified individuals,” like former addicts participating in a rehabilitation program.  You may also need to make EEOC accommodations since alcoholism is a covered disability.  Cannabis is not a use “authorized by the Controlled Substances Act” (Section 12111(6) of the ADA) but might be allowed under state law. To avoid discriminating, since you can’t inquire about medical history, the ADA recommends administering any drug tests after an offer of employment has been made. If a test is positive and medical use can’t be substantiated, the offer may then be rescinded (Substance Abuse Under the ADA).

New hires, expect to sign off on a drug-free workplace agreement that describes drug testing or medical exemptions mandated by law.  You should also know that it is never ok to be impaired by alcohol or drugs in the workplace.

With Bud in my office, it was time to decide how to proceed. Fortunately, I was armed with some good advice.

In How to Document Reasonable Suspicion, the Society for Human Resource Management (SHRM) offers some valuable guidelines.  In brief, listen and take notes if an employee comes forward after suspecting an intoxicated co-worker.  More than one person should document observations (confused behavior, slurred speech, odors, etc.).  Initiate a drug test according to company policyand follow protocols if a positive or negative result.   While taking these steps, I knew I should balance Bud’s health and well-being as well as the safety and security of my company.

In Bud’s case, I knew I was on firm legal ground.  He wasn’t a “qualifying patient,” and I had written corroboration of impairment on work premises against company policy. Fortunately, the rules were crystal clear, and he had signed my drug-free work policy.  Bud and his job parted ways; just one more blip on his resume.

My advice for any young employee:  remember that workplaces are opportunities to learn, grow, and deliver value.  Plus, you get paid, so stay sober and don’t fool yourself into thinking you perform better when you’re high, stoned, baked, snayed, cooked or faded.

With thanks to the Urban Dictionaryand the Urban Thesaurusfor helping mature staff members keep up with Millennials and Gen Z.

This information is provided for educational purposes only. Reader retains full responsibility for the use of the information contained herein.